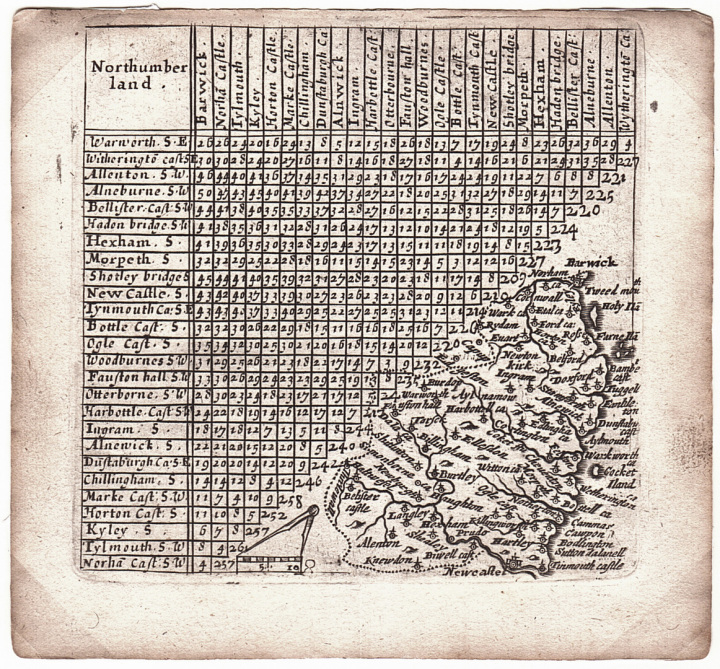 The map and mileage chart of Northumberland  is from the book “A Direction for the English Traveller” by Thomas Jenner. The map was first engraved in 1642 but this one appeared in Jenner’s book of 1657.

Given the earlier date it seems likely that the map was originally produced to meet the demands of the armies in the Civil War (1642 – 1651).

Mileages from Berwick, or Barwick as it was then spelt, are shown in the first column.

Originally, postage costs were based not just on the number of sheets the letter contained but also on the mileage it had to be carried to reach its destination.

Included below are a selection of strip maps of roads to and from Berwick-upon-Tweed.

An undated strip map of the road from Carlisle to Berwick.

The use of the spelling ‘Barwick’ would suggest that the map pre-dates 1725. 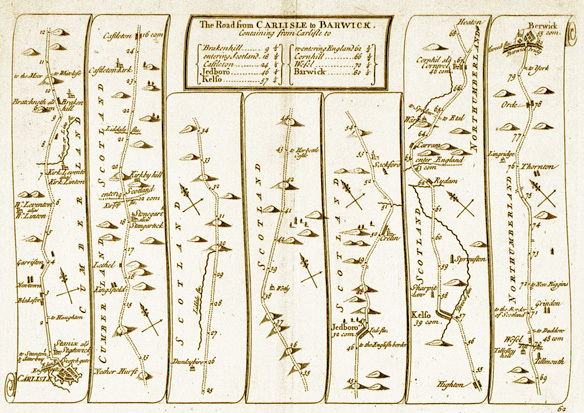 A further strip map of the road from Carlisle to Berwick.

Again, the use of the spelling ‘Barwick’ would suggest that the map pre-dates about 1725. 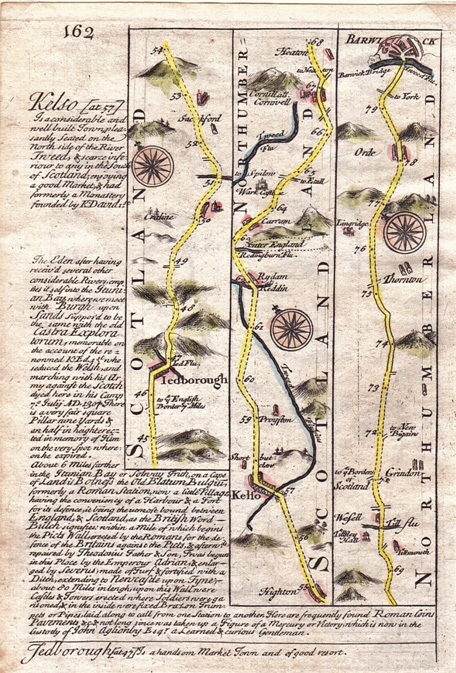 1792 Road Map from Berwick to Edinburgh via Ayton

This map is from Taylor and Skinner’s Survey of the Roads of Scotland. 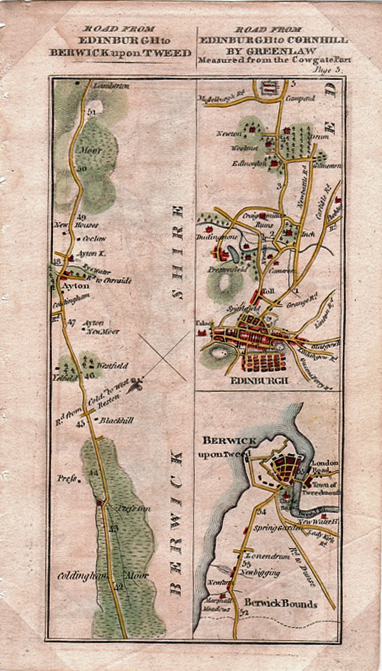 Until the Reform Act of 1832 the borough boundary of Berwick only covered an area around the town of Berwick to the north of the river. The area to the south of the river, including the townships of Tweedmouth and Spittal, belonged to Durham rather than Northumberland. The Reform Act brought Tweedmouth and Spittal within the boundaries of the borough of Berwick-upon-Tweed. The pre-reform boundary is shown in green, the post-reform bonndary is in red. 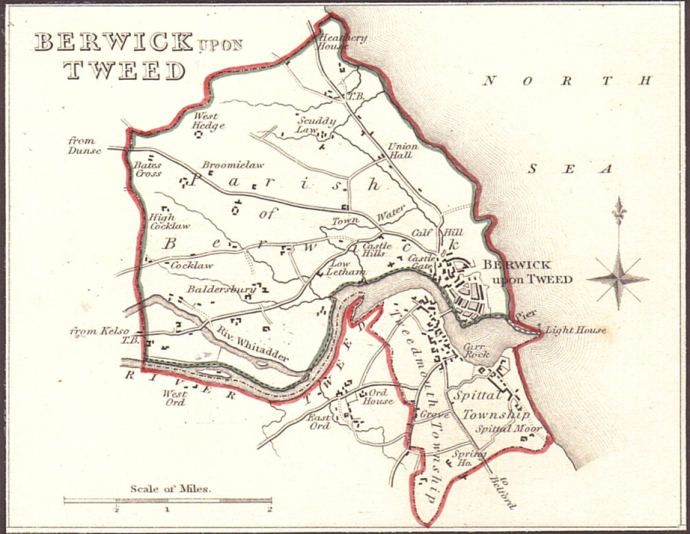